Iridian has supplied numerous beam-splitter cubes for applications such as projection displays. 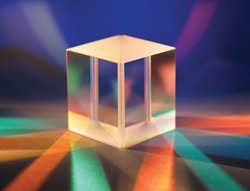 Contact Us For Details
We use cookies to ensure that we give you the best experience on our website. If you continue to use this site we will assume that you are happy with it.I AgreePrivacy Policy
X