Frequently Asked Questions If you see a rainbow pattern on a soap bubble or on a film of oil you...
Read More

END_OF_DOCUMENT_TOKEN_TO_BE_REPLACED

The wavefront error (WE) of a surface with an optical coating (“filter”) is ideally measured at the in-band wavelength of the filter. However, quite often this is not possible, requiring that the filter be measured at an out-of-band wavelength (typically 633 nm), assuming that the filter transmits (for transmitted WE, or TWE) or reflects (for reflected WE, or RWE) at this wavelength. This out-of-band TWE/RWE is generally assumed to provide a good estimation of the desired in-band TWE/RWE. It will be shown in this paper that this is not the case for a large class of filters (i.e., bandpass) where the group delay is significantly different at the in-band and out-of-band wavelengths and where the optical filter exhibits a thickness non-uniformity across the surface.

END_OF_DOCUMENT_TOKEN_TO_BE_REPLACED

Get our latest learning center content delivered to your inbox! 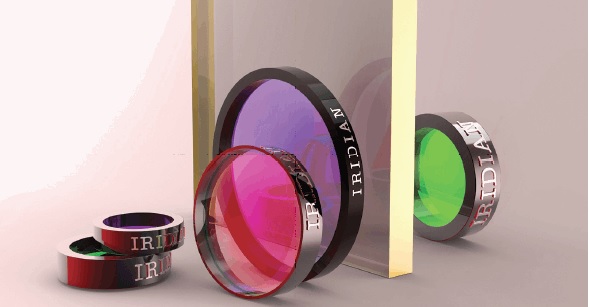