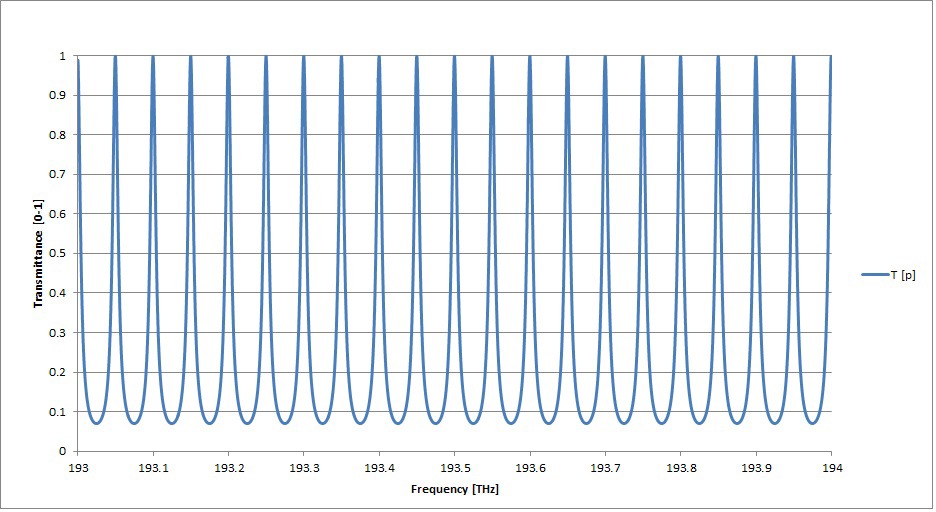 The SEF is a version of a simple etalon, Mirror|Spacer|Mirror, in which thin film dielectrics are used as the mirrors and a solid glass substrate is used as the spacer. Iridian’s SEFs are made up of two plane parallel reflecting surfaces, side A & B, separated by a quartz substrate with thickness “d”.

The Free Spectral Range (FSR) is the separation between two adjacent peak frequencies fi and fi+1:

Neglecting the effect of dispersion in the quartz spacer, the FSR can be predicted by the following equation:

where c is the speed of light, n is the refractive index of the spacer, d is the quartz substrate thickness, and Ø is the angle of incidence. For Ø=0 and constant refractive index, the FSR of a SEF is inversely proportional to the spacer thickness:

The finesse (F) characterizes the sharpness of the peak frequencies of a SEF:

where -3 dB BW is the bandwidth at –3.0 dB (or the full width at half maximum) of the peak frequencies.

Send Us an Enquiry